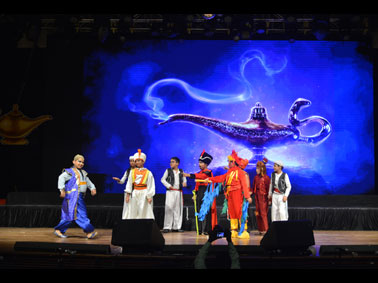 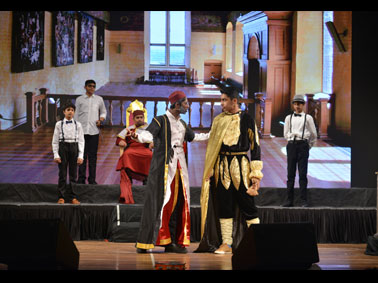 Anandvan, the most anticipated event of the year, was held on the 18th of December 2019 in the St. Andrews Auditorium. This year, the theme for primary Anandvan for the Primary Section was ‘Aladdin’, the presentation was a flamboyant pageant showcasing the many talents of our versatile students of the primary section.

The show highlighted the little stars’ prowess in the various domains of the performing arts – be it dance, music or drama which they practiced determinedly for the two weeks. The tiny tots were given meticulous training by the dance, music and drama teams, headed by the accomplished and dedicated teachers of MET Rishikul Vidyalaya.

MRV's Secondary Section Anandvan was magnum opus which involved over two hundred children and held the audience spellbound through the show. Besides the mellifluous Music and Instrumental display, the students attempted the Shakespearean play - The Merchant of Venice. Replete with astounding, theatrical performances, dance and music; it was clearly a treat to all our guests.